Wood You Believe It?

Perkins+Will are a global architectural and design practice with offices in Europe and North America amongst other locations. Known for many groundbreaking designs they are now proposing a high rise tower for Vancouver. Nothing revolutionary then you might think, ah, but this really is different because much of the 120 Meter high structure with be constructed from timber. In fact it is likely to be the worlds tallest hybrid wood tower.
The project, called Canada's Earth Tower, will contain approximately 200 apartments, along with shops, restaurants and office space. The mixed-use building will have 35 to 40 storeys, with an exact number yet to be determined. The building's structural system will employ a hybrid approach in order to reduce greenhouse gas emissions. Concrete will be used for the foundation and core. For the walls, floor slabs and columns, the team will use a mix of cross-laminated timber, glulam timber and dowel-laminated timber – all types of engineered wood. 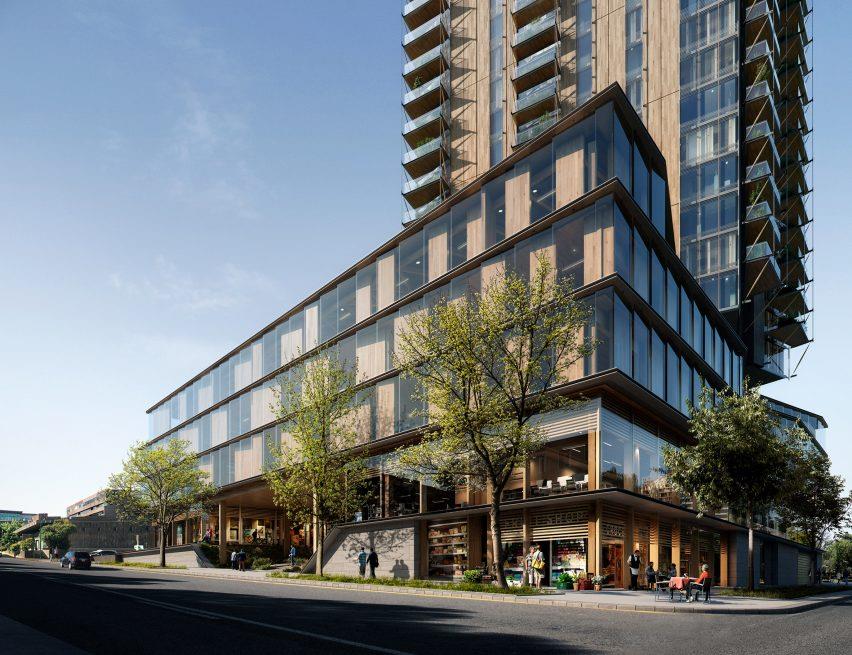 Canada Earth Tower by Delta Land Development and Perkins + Wills in Vancouver
Within the building, wood will be on full display. One image shows an office with a vaulted, diagrid ceiling composed of timber beams. Another image presents the interior of an apartment, with light-toned wood covering the walls, ceiling and floors. 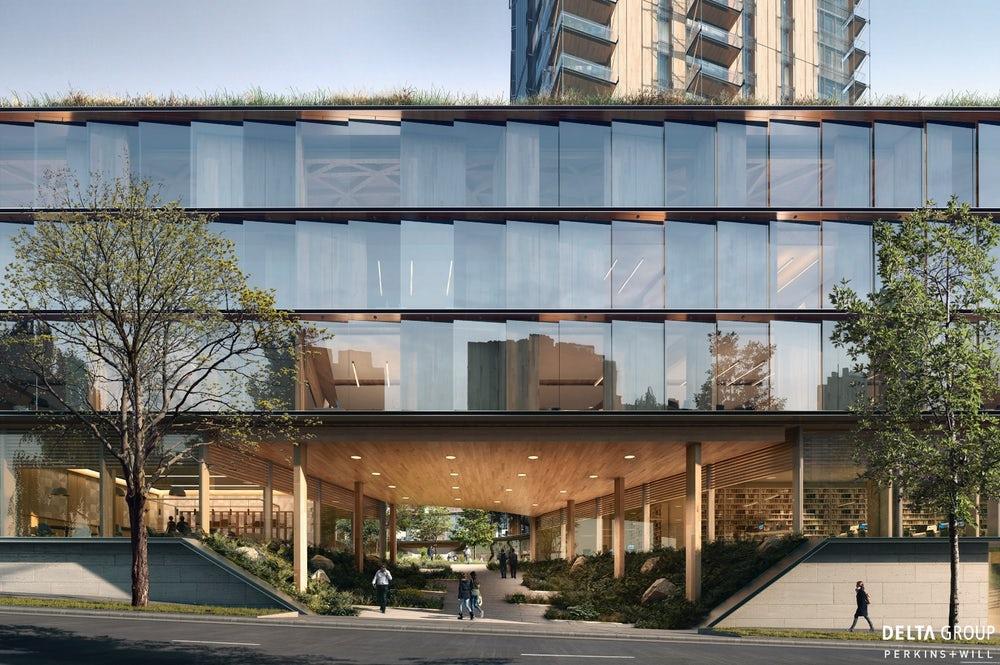 Canada Earth Tower would consist a podium and the tower itself
Aiming for Passive House certification, the building has a number of features that will help reduce energy consumption, such as triple-glazed windows, a heat-recovery system, and natural lighting and ventilation. Moreover, integrated photovoltaics will generate roughly 25 per cent of the building's needed electricity.

This in fact is not the only high rise with timber being a major structural element, several around the world are planned or already in construction. So our sweet old timber famed Tudor houses will soon have some mega modern day counterparts! 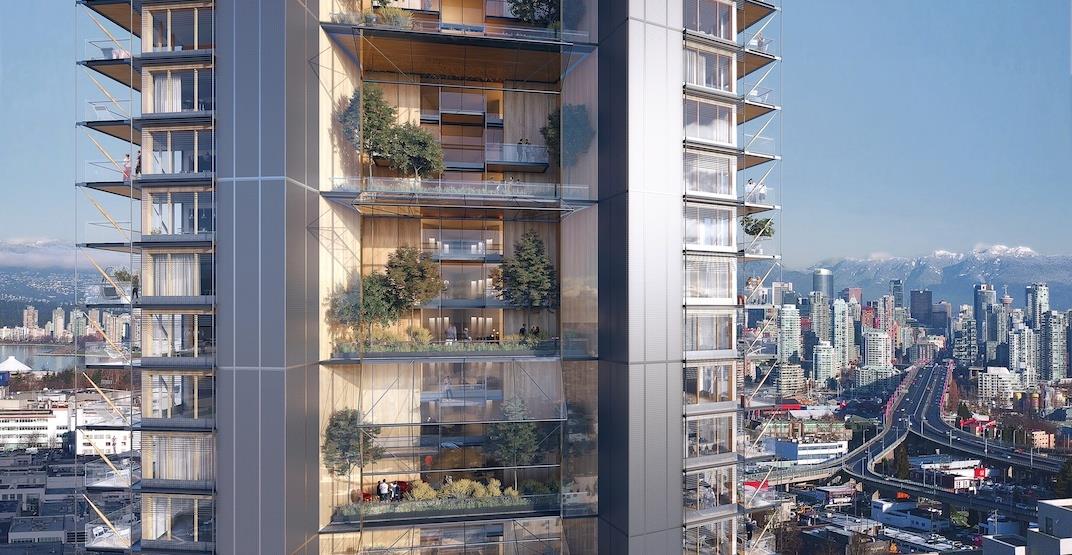 1745 West 8th Avenue Vancouver Canada Earth Tower
Aiming for Passive House certification, the building has a number of features that will help reduce energy consumption, such as triple-glazed windows, a heat-recovery system, and natural lighting and ventilation. Moreover, integrated photovoltaics will generate roughly 25 per cent of the building's needed electricity.

The site's ample outdoor space will be designed in collaboration with Canadian landscape architect Cornelia Hahn Oberlander. The goal is to restore local biodiversity and provide public areas that are vibrant and accessible.
"Creating meaningful connections to our natural environment throughout the building is a defining characteristic of the design" the team said. 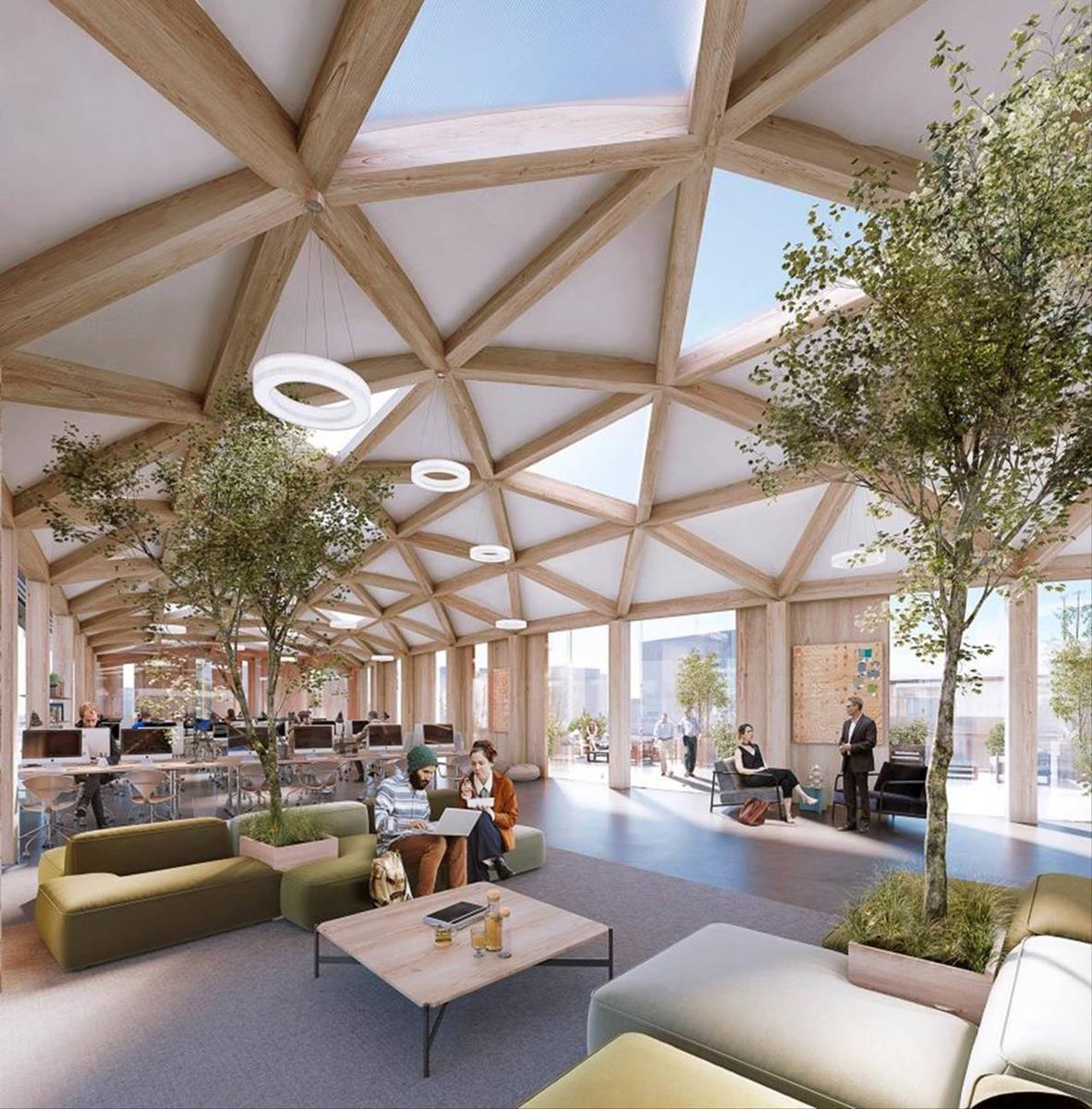 From its mass-timber construction to it's energy-reducing strategies, the building is meant to demonstrate that "dramatically higher environmental standards" are possible.