The Royal Pavilion in Brighton.
Built for the Prince Regent - later George IV 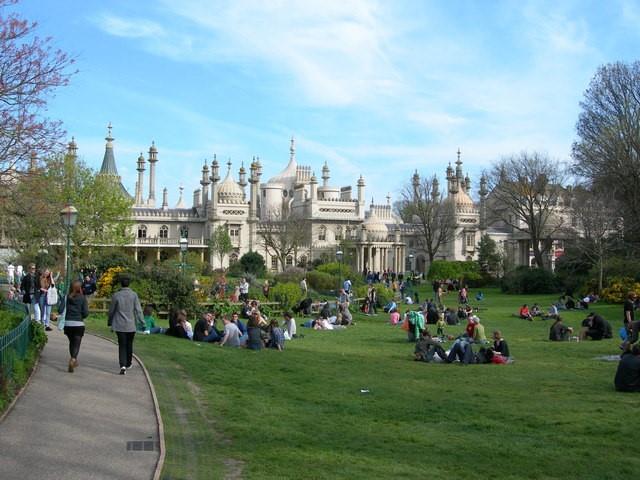 The Royal Pavilion, also known as the Brighton Pavilion, is a  Grade 1 Listed  former royal residence. Beginning in 1787, it was built in three stages as a seaside retreat for George, Prince of Wales, who became the Prince Regent in 1811, and King George IV in 1820. It is built in the Indo-Saracenic style prevalent in India for most of the 19th century.
The current appearance of the Pavilion, with its domes and minarets, is the work of architect John Nash, who extended the building starting in 1815.[2] George IV's successors William IV, and Victoria, also used the Pavilion, but Queen Victoria decided that Osborne House in the Isle of Wight should be the royal seaside retreat, and the Pavilion was sold to the city of Brighton in 1850.
This months winner
Congratulations to David Booth whose name was picked out of the hat to win this months QUIZ - please contact matthew@allanfuller.co.uk to arrange the means of receiving the bottles of champagne, which will probably mean when sufficient restrictions have been lifted, but don't worry we will keep them cold for you.