West Hill’s Royal Hospital for Neuro-disability is launching its outdoor and online archives exhibitions this summer. The exhibitions, currently being worked on by the Archives Team, will chart the hospital’s history from 1854 to the present day.
The forthcoming showcases have been funded by the National Lottery Heritage Fund, and will enable visitors to follow the RHN’s origins from a Victorian voluntary hospital right through to its current role as a specialist rehabilitation and research centre. A spokesperson explained that visitors will, “Hear the individual stories that make up the hospital’s unique history, discover incredible artwork and music created by our patients, view examples of our newly-digitised archive material, and be brought up to date with first-hand accounts of the impact of Covid-19.”
The outdoor exhibition will be set up in the grounds of the hospital for patients, staff, and visitors to explore when walking round the gardens. For those living further afield, there will also be an online exhibition on the RHN website.  The exhibitions are due to be unveiled in mid-June.
The RHN’s archive collection dates back to the mid-nineteenth century and includes objects, letters, documents, photos and publications relating to the hospital’s history.
In July 2019 the RHN received a grant of £69,700 from the National Lottery Fund for a two-year heritage project to create a “sustainable public engagement programme for the RHN’s new disability history archive”. The grant began in December 2019 with the first year focussing on getting archive collections into a suitable condition for the public to view, via repackaging, cataloguing and digitisation. Following severe Covid-19 disruption in 2020 the project was extended until 2022, while some of the original aims of the programme have been rethought, including the introduction of an outdoor display in the hospital gardens alongside the online exhibition.
The Royal Hospital for the Incurables - as the RHN was then called - was founded in July 1854 by the Rev Andrew Reed, a clergyman and philanthropist. The hospital’s first home was sited in a former workhouse in Carshalton, Surrey which soon proved too small for the steady increase in applicants. In 1857 the hospital moved to a more spacious house in Putney, before relocating to its current home on West Hill in 1863. 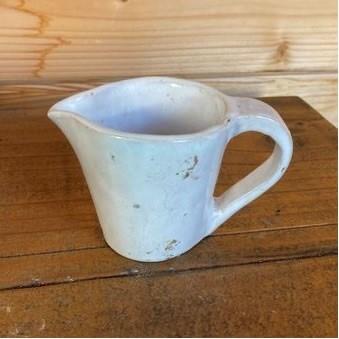 It wasn’t until 1995 that it became known as the Royal Hospital for Neuro-disability, a more fitting description for its work as an independent medical charity providing rehabilitation and that provides rehabilitation and long-term care to people with complex neurological disabilities caused by damage to the brain or other parts of the nervous system.
As a precursor to the upcoming exhibitions, RHN archivists have been giving previews of artwork from former and existing patients on their Twitter account. One former patient, John Raphael Higgs, who was a resident at the RHN between 1969 and 1984, excelled at pottery. His double-headed serpent (pictured top) was modelled on a similar sculpture at the British Museum. An RHN spokesperson said, “It is lovely that his artwork brought him so much joy during his stay at the hospital and, through his daughter sharing it with us, it continues to bring a lot of pleasure.