Letting properties to pets and their owners has always been a tricky subject. Naturally it depends on the type of pet, a goldfish for example is not likely to cause much damage or be noisy and keep neighbours awake at night. Dogs and parrots however could be a different matter. Cats can create other factors, moving into a property where there was a cat previously and finding it infested with fleas is really not pleasant. We currently have a tenant who has reptiles and snakes. He, and his lounge lizards  have  been  tenants for several years and absolutely no problem. Although the postman should not have poked his fingers through the letter box when the alligator was in the hall……

But in all seriousness it is a problem. Apparently the government in its infinite wisdom is planning a change to their model tenancy to allow pets. One factor they have to reconcile is that most leases of flats do not allow pets.

When the new tenant laws came in last year deposits were capped at the equivalent  of 5 weeks rent, prior the standard practice was for the tenant to pay the equivalent of an extra 2 weeks rent. This practice worked fine until new laws limited the amount of deposits that tenants pay. Instead properties can be advertised at a higher rent if there is a pet, which is causing its own difficulties and in  practise making it even harder for pets to find homes. Hopefully some good sense will prevail soon and an amendment to the law that works for all no matter how many legs they have. 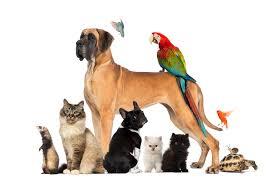