Between 1905 and 1914 the French  car company called Porthos was highly successful, it ceased trading in 1914 at the start of the first world war. Porthos was reconned to be the French Rolls Royce of their day, based in Boulogne-Billancourt which is 8 km from the centre of Paris. the company built magnificent 6, 7, 8 and even 9 litre luxury cars before trying its hand at motor racing, failing quite badly and then going under in 1914 at the onset of The Great War.
Why the name was chosen is unknown, maybe the name of a founder of the business, or perhaps because was one of them was a fan of the Three Musketeers by Alexandre Dumos. Published in 1844.
What is known is that the cars were imported and sold by the Marlborough Motor & Accessory Company of Regent Street London, why were they proclaiming the power of the car on Putney is also total unknown. 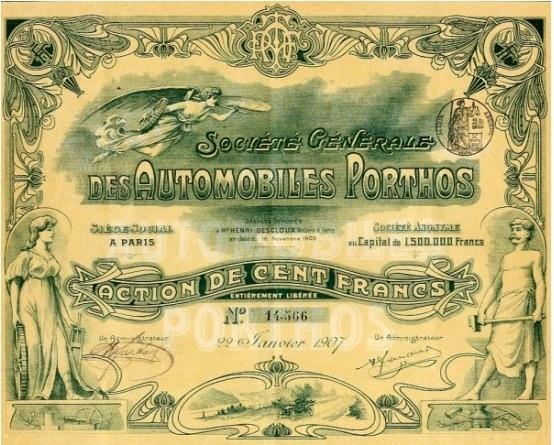